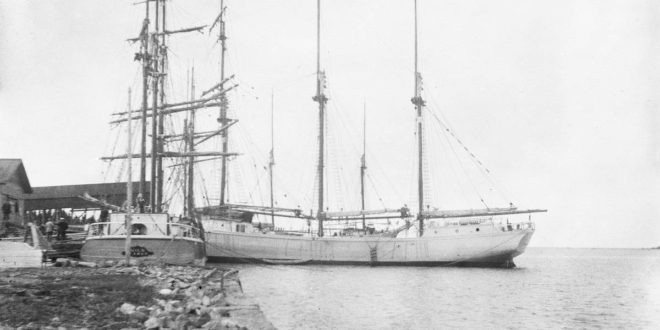 The History of Raahe

The story and history of Raahe town starts in 1649 when the Governor of Finland, Count Pietari Brahe, decided to build a port for the goods in the northern region. The newborn city was called Salo, but shortly after, in 1652, it was renamed to Brahestad. The port town thrived off shipbuilding and merchant sailing in the 17th century and the majority of the population were merchants, seafarers and craftsmen.

In the 18th century the town went through difficult times. During the Great Northern War, the Russian invaders destroyed the city and forced a significant part of the population to flee. In 1724 when peace was established, only 130 people lived in Raahe. The reconstruction works started right away and the city rose from ashes in the following years, reclaiming its role as an important merchant sailing hub of the north.

1791 was a special year as Raahe was granted township rights. This allowed the city to trade directly with other countries, avoiding middlemen. Tar and pitch were the main export goods, while salt was the most precious import product.

In 1810, a devastating fire broke out in Raahe, wreaking havoc on three quarters of the city, including the town hall. The church and schoolhouse survived the rage of the flames. The wooden sculptures from the church that remained intact after the fire are displayed now in Pakkahuone Museum. State aid measures were put into practice to help the city to recover from the disaster. Money were collected all over Finland for the reconstruction works and tax breaks were offered to residents. The city was rebuilt in record time following the empire-style plan of Odenwall.

Another bitter event that put Raahe’s progress on hold was the Crimean War. When the war happened, Finland was part of Russian Empire, hence, the war had a direct impact on it. In May 1854, England launched a maritime attack on Raahe, destroying the town’s shipbuilding factory. After the war came to an end, England decided to help ordinary people of Raahe who suffered from the destruction by sending financial aid. With the money, the city council paid the people employed in emergency relief work.

The dark page of war in Raahe history was followed by the glory times in shipbuilding. Raahe became one of the leading ship-fitting towns in Finland in the late 19th century. The world was developing at a rapid pace. In the 20th century, iron became the main shipbuilding material and steamships were gaining popularity in the global sea trade as a faster means of transporting goods. Raahe was focused on building wooden sailing ships, so it failed to keep the pace with the rest of the world. The war and the post-war 1952 bankruptcy made the situation even worse, making many people to move to the southern regions of Finland and to Sweden.

Raahe’s economic growth started in 1961 when the Rautaruukki steel factory was founded, giving jobs to a large number of people. Ever since the population of Raahe has been consistently on the rise. From 1973 to 2013, Raahe absorbed three municipalities, Saloinen, Pattijoki and Vihanti.

A Nostalgic Trip To The History of Raahe

Many thanks to Finna & Yle Elävä arkisto for helping us find old videos from the history of Raahe! ☺

In the Nostalgiamatka to Raahe history series, we publish old shots from Raahe.

Year of Production1965
A program about the changing cityscape of Raahe. (September 16, 1965)
Duration: 19:45 min
Katoavaa Raahe TV program from 1965 tells about the history of the city of Raahe and predicts future changes.

🎥 The factory is coming to town

🎥 There are too few women in Raahe

🎥 Time for a change

Year of Production 1975
Duration 10 min
Structural change empties development areas, even though the early days of development area policy have been favored by good business cycles. Rautaruukki in Raahe was an exemplary solution that should have been done sooner and faster. (September 29, 1975)

🎥 What happened to the women shortage?

Year of Production 1983
Duration 17 min
City councilor Yrjö Reinilä tells about the establishment of the Rautaruukki steel factory in Raahe. (1983)

The history of Raahe is certainly already widely known to many, but hopefully we managed to find some old videos about Raahe that you were not already familiar with.