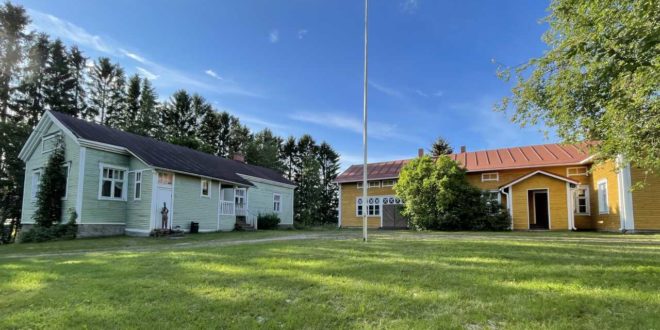 The Ojala Homeland Museum is a former farm that has two residential buildings and a cowhouse. The farm’s history reaches back to the 19th century. The museum exhibits old farming tools and household items showing the lifestyle of countryside people in the 20th century.

The history of the Ojala Homeland Museum

The farm was founded in the 19th century when the first residential building and a cowhouse were built. Later, the farm was expanded with another residential building. In the early 20th century, Mrs. Augusta Durchman donated funds to the Pattijoki Parish for the establishment of a shelter for old people. The parish purchased the farm with the funds and transformed it in a shelter for the sick and elderly in 1913. From 1957 to 1975, the building housed the Pattijoki municipal administration. In 1981, the farm was renovated and turned into a museum, allowing everyone to see how a 20th century farm looked like and how people lived back in those times.

The museum boasts a wide variety of old farming tools. Besides, you can take a tour of the house and enjoy its 20th century design and artefacts, including a collection of coffee cups, a set of cookware and a rocking chair. Many objects you will see are inexistent in modern houses, so you might find it interesting to explore them. The guide will tell you the detailed story of each of them.

Where is the Ojala Museum located?

The museum keeps its doors open for everyone craving a journey to the past. Inquires regarding visits can be made by email or phone. The building has a small kitchen where visitors can enjoy a cup of coffee. In the summer, the Ojala museum hosts exhibitions where you can admire the work of local artisans. Craft workshops can be rented in the courtyard of the museum. Also, you can rent office spaces for meetings and other events.

You can inquire about visits by emailing Arja Tervonen [email protected]