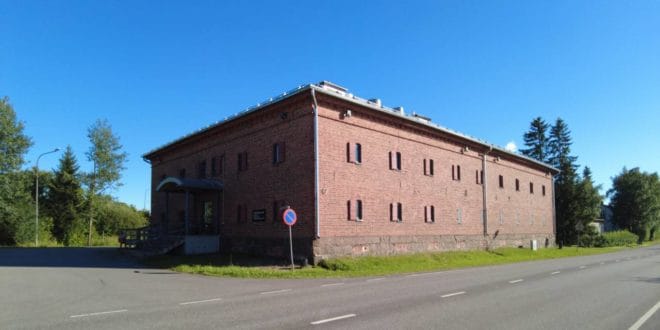 You can immerse yourself in the prehistory of Raahe by exploring a miniature version of a Stone Age village or by making archeological findings in Tervakangas cemetery using touch screen technology. You can use touch screen in the medieval section by discovering the stages of the old church of Salo. In the Great Empire section you will get familiar with the first mayor of Raahe, Henrik Corte, who will speak about Raahe in its first years of life.

You will conduct excavations in Pekkatori and assemble Raahe town as a virtual puzzle. Moreover, you will watch a video presentation of the 1810 fire which destroyed most of the town buildings and led to the big reconstruction that radically changed the appearance of Raahe.

At the booth, you will have the chance to compare the town before and after the fire. At Story square, you will be told captivating stories about Raahe in its early stages. The unfinished exhibition is being completed with new contents on regular basis.

History of the Crown Granary

Ernst Bernhard Lohrman designed Raahe’s Crown Granary in 1849. The Crown Granary was completed in 1852 and could house 12,000 grain barrels. Grain warehouses were built in large numbers during the Russian occupation of Finland. They collected grains from farmers as a share of the crown tax. Warehouses stopped to collect grains in 1925 when the crown tax was eradicated.

The Crown Granary served as a state granary for more than 50 years. The last barrels of grain left it in 1910. Afterwards, the granary was used by the Finnish Army as the main warehouse of the Raahe’s military district. In 1995, the Raahe’s town hall rented the granary as cold storage for a museum. In 2001, the state sold the warehouse to the city of Raahe.

After it became part of the Raahe Museum, Crown Granary underwent major changes. Investments were made to extend the granary and bring it to presentable condition. With grants offered by the Ministry of Education, Raahe’s town and private foundations, warm storage spaces and exhibition spaces were added to the granary. An office space was also set up for the museum employees. The Crown Granary Museum opened its doors in 2012 on the 150th anniversary of the Raahe Museum.

Where is the Crown Granary Museum Located?

Besides looking at the exhibits, visitors of Crown Granary Museum are allowed to touch and try out the items on display. For example, you can pet the beautiful lady seal, put on the diver’s helmet, and lift weights with pulleys.

The museum is open Monday through Friday from 1PM to 5PM, and on Saturdays from 12 to 4PM. The warehouse rents out meeting spaces for private events like business conferences, trainings and parties. The space is mostly rented during evening hours. If you want to continue use it after 9:30 PM, you will have to pay a night supplement.