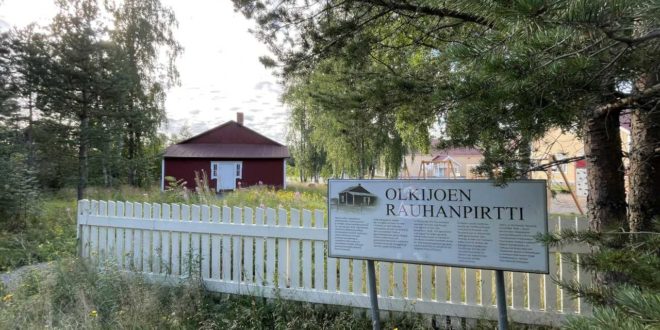 Olkijoki treaty museum is a place where the treaty between Sweden and Russia was signed in 1808 and put the end to the Finnish War. Originally, the convention was signed in the Lassila Inn but in the 20th century most of the building was demolished. The rooms where the signing took place were left as a historical monument that celebrated peace. The museum is open to the public based on individual arrangements. The inquires can be made by email museo(at)raahe.fi or by phone 044 439 3334.

Where is Olkijoki Treaty Museum Located?

The Armistice of Olkijoki was a ceasefire agreement between Sweden and Russian Empire during the Finnish War. It was signed on November 19, 1808 when the position of Sweden and Finland severely worsened. The signing place was chosen the village of Olkijoki, the Lassila Inn in particular.

The Russian side was represented by the the lieutenant general Nikolay Kamenski while the Swedish side by the major general Carl Johan Adlerkreutz. According to the agreement, the Swedish army had to retreat to the west of the Kemijoki River so its both banks got under the control of Russia.

Sweden also had to withdraw its troops from the city of Oulu. The Swedish army that had 15,000 soldiers retreated to the Tornio area for the winter. Then the war moved to Sweden and finally the hostilities ended with the Peace of Hamina signed on September 17, 1809.

The armistice was disastrous for Sweden because it handed over the whole Finland to the imperial Russia and was bound to other obligations such as joining the Napoleon’s continental blockade of Britain.