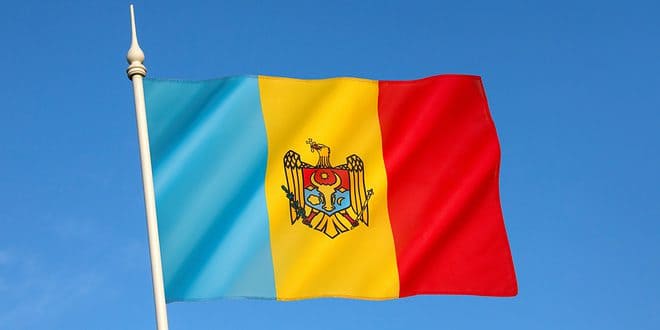 Thinking about traveling to Moldova? Snuggled between Romania and Ukraine, Moldova is a small country stuffed with beauty that has yet to be discovered by travelers. It has an area of 33,851 square kilometers, a population of about 4 million, and the official language is Romanian. While it’s not very well known, the country has endeavored hard in the last few years to unlock its immense tourist potential. It has a lot of experiences to offer including exceptional wines, scrumptious food, beautiful nature, cave churches, monasteries, diverse cultures and century-old traditions.

Orheiul Vechi is an archeological and religious site located on a limestone ridge towering above the picturesque valley of Raut River, about 60km north of the capital. The complex’s tourist focal point is the Cave Monastery carved out of rock some 2000 years ago. There are also ruins dating back to the times of Dacian Tribes. To arrive on top of the ridge, you have to take a 20-minute hike from the village of Butuceni.

The village is a tourist attraction itself, featuring an ethnographic museum and a bunch of rustic guesthouses that offer overnight stay and delicious dishes from traditional cuisine. For a complete experience, you can combine Orheiul Vechi with a visit to Tipova Cave Monastery, 40km north, built into a cliff overlooking Dniestr River.

Chişinău is the administrative, cultural and economic centre of Moldova. A lively city with rich architectural heritage, parks, museums, restaurants and brand boutiques. The city centre has the highest concentration of cultural and historical sights.

Nativity of Christ Metropolitan Cathedral is Moldova’s main Orthodox church, being built in the 1830s and boasting some stunning interior frescoes. The National Museum of Ethnography and Natural History has a gigantic life-sized model of a dinothere skeleton discovered in 1966 in the north of the country. Other exhibits on display cover botany, zoology, national customs, folk dress and old tools.

Chişinău has a wide network of parks. The most prominent one is Valea Morilor featuring an idyllic lake surrounded by forest and walking paths. The highlight is the stairs and fountain that command great views of the lakescape from the top.

For an authentic wine experience, embark on a Mileştii Mici Underground Winery tour 20km south of Chişinău. The record-breaking underground cellars stretch over 200km and hold about 2 million wine bottles.

Moldova prides itself on a developed wine production industry and a flourishing wine tourism. There is a remarkable number of wineries that offer great wine sampling and gastronomic experiences. You can join winery tours where you will get familiar with the wine production process and the latest winemaking technologies, as well as explore the vineyards, taking in the mesmerizing rustic scenery.

Most vineries have tasting rooms and restaurants where you can treat yourself to a refreshing Sauvignon Blanc or an intense Merlot along with traditional delicacies and staples of international cuisine.

This small town in the north of Moldova has several appealing landmarks. Perched on the west bank of Dniester River, the glorious Soroca Fortress was once used to defend the country from invaders. Built in the 15th century by the Moldovan ruler Ştefan cel Mare, the circle-shaped fortress has five bastions and medieval exhibits preserved through centuries.

Besides the fortress, Soroca is known for the Gypsy Hill, a residential quarter perched on a hilltop dominated by sumptuous mansions belonging to Roma people.

Places you must see when traveling to Moldova