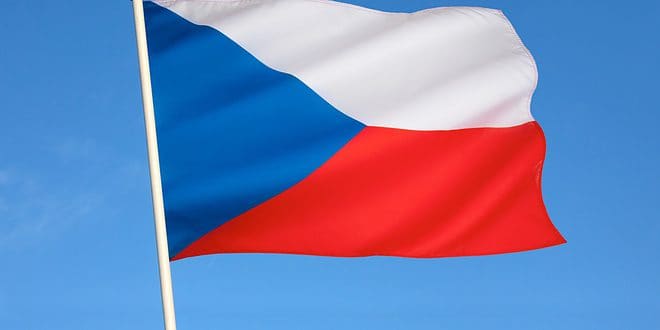 It has an area of 78,867 square kilometers, a population of about 10.6 million, and the official language is Czech. The largest city and capital is Prague; other major cities and urban areas include Ostrava, Brno, Liberec and Plzeň.

The country is a paradise for tourists, boasting a huge number of sightseeing experiences in its insanely beautiful capital and outside of it. Read on to familiarize yourself with the main places of interest in Czech Republic.

The most sought-after attraction in the Czech Republic is Prague Castle. It was built in the 10th century and served as the residence of Roman emperors, Habsburg dynasty, Bohemian kings and presidents of modern-day Czechia.

In the course of the castle’s history, many buildings were constructed within its premises. The most prominent ones are St. George’s Basilica, Old Royal Palace and Golden Lane. Of particular note is St. Vitus Cathedral that draws visitors with Bohemian Coronation Jewels, ornate stained-glass windows and delightful chapel murals.

Another tourist hotspot in Prague is Charles Bridge. The spectacular crossing over the river Vltava was built in the 14th century and spans 520 meters. Along it, you will find plenty of fine statues such as that of the Roman Emperor Charles IV and John of Nepomuk honoring the country’s most important saint. The bridge is a beloved place for taking pictures of the city. The best views are caught at dawn and dusk when the bridge is less crowded.

Prague’s Old Town Square was built as a market connecting major trade routes. Some of the 10th century buildings have been preserved to present day and act as a reminder of medieval times. Moreover, the square has several historic landmarks that define Prague such as Old Town City Hall with its famous Astronomical Clock, and St. Nicholas Church which is considered the best example of Prague Baroque.

A short walk from here is Wenceslas Square, a spacious plaza used for festivals and meetings, abounding in hotels, shops and restaurants.

Karlovy Vary is one of the most reputed spa destinations in Europe. With 13 major springs and hundreds of spa houses, the town is a magnet for people of all walks of life and ages. The thermal mineral water in the idyllic Tepla Valley is said to heal countless of metabolic and digestive diseases and strengthen the musculoskeletal system. Apart from authentic spa resorts, Karlovy Vary is dotted with Neoclassical colonnades with drinking fountains as well as art galleries and museums.

If you are looking for nature experiences, the Bohemian Paradise is the place to go. This is a geopark of outstanding beauty in Eastern Bohemia characterized by massive rock formations that rise above ground like spikes. People come here to admire the sandstone hills and towering basalt columns. Many hiking trails and scenic drives run through the park, allowing to explore it in close detail.

Czechia is home to a wide network of castles. The most remarkable ones include the immense Neo-Gothic Hluboka Castle, Pruhonice Castle with 250 hectares of gardens, forests and ponds, and the superb French-style Konopiste Chateau where Austrian Archduke Franz Ferdinand lived before his assassination. The bullet that killed him as well as other personal artefacts are displayed in the chateau’s museum.

Places you must see when traveling to Czech Republic