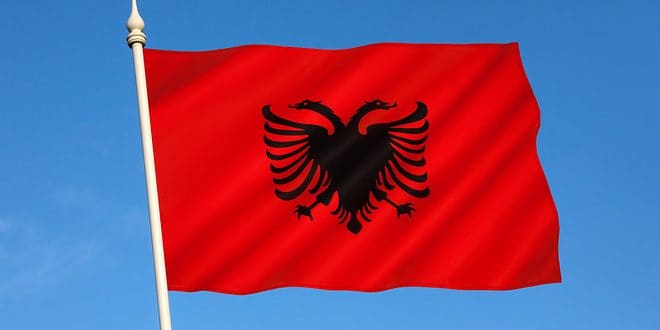 Travel Tips for Traveling to Albania

Thinking about traveling to Albania? Albania is a country in the Balkans on the Mediterranean coast. In spite of its small size, it has many enchanting places to explore, from rugged mountains to sparkling beaches to ancient castles. Its neighboring countries are Kosovo, Greece, Montenegro and North Macedonia. It has an area of 28,748 square kilometers, a population of about 2.8 million and the official language is Albanian.

Its unique language, long-standing traditions and highly friendly people are other treasures to discover while visiting this country. Read on to make yourself familiar with some of the most beautiful places in Albania.

The best way to take the real pulse of Albania is to head to the south. Its southern part abounds in sightseeing treasures such as rippling mountains, ancient ruins, unspoilt beaches and Ottoman relic towns. Even if your final destination is one of the Albania’s dreamy beaches, don’t hesitate to visit the historical towns of Berat and Gjirokastra.

Both cities are former Ottoman trading hubs and retained their 18-th century charm. You will be surrounded by densely packed Ottoman houses lining the steep and intricate cobblestone streets. Also, the towns boast museums, citadels and breath-taking vantage points that will make your trip even more exciting.

Heading on to the Ionian coast, you will find the least spoilt section of Mediterranean shore. Albanian beaches are permanently sunny and surrounded by rigged mountains. You can climb on the peak of a mountain and enjoy the stunning views of the sea and coast. There are many beach towns where you can catch some memorable seaside vibes.

The most popular ones are Saranda and Ksamil. Both towns have an imposing number of hotels and restaurants, a long promenade and a handful of sandy beaches where you can sunbathe while sipping a cocktail. There are a few small islands near Ksamil you can swim to for more peace and extra space.

Albania is famous for its ancient sites. The most remarkable one is Butrint developed by Greeks in the 4th century BC. The area soon became a large trading city with an acropolis. An expansive theatre, public baths and statues were built during the prosperous period of Roman rule.

With the fall of the empire the city went into a decline and was abandoned until 1929 when archeologists revived it. Today, the ruins are open to the public. Your best bet is to head up to the acropolis for mesmerizing views and a museum with age-old artefacts. Another popular ancient site is Kalaja, a 13th-century fortress perched on a hilltop overlooking the town of Berat.

Tirana is a unique place that allows you to immerse in Albania’s past, taking a trip through the Ottoman 17th century, the communist 20th century and the bustling 2000s marked by a modernization campaign. The city is an odd blend of brutal communist architecture, ottoman mosques and towers and Italian-style buildings painted in lurid colors.

While some people may find it unattractive, Tirana is still worth a visit for familiarizing yourself with its rich history. Putting aside the confusing clash of architectures, traditional restaurants, trendy bars and extremely relaxed and friendly locals will prove your visit to Tirana was not in vain.

Places you must see when traveling to Albania